The Sacramento County Board of Supervisors has approved a $450 million proposal to build a new drop-in and mental health clinic at the main jail, an “extraordinary expense” intended to bring the site into compliance with a court order. court concerning the care of detainees.

Supervisors voted 3-2 in favor on Thursday, after repeatedly rejecting similar proposals. Two supervisors balked at the expense, but they were outvoted by supervisors who said the county had no other viable option.

Supervisor Phil Serna, who voted no, told colleagues he was uncomfortable with the half-billion-dollar price tag for the building alone. “That,” he said, “is about five times the annual budget for our parks.”

The prison discussion spanned two days of public meetings. At Wednesday’s board meeting, more than 140 people spent more than seven hours on 3-minute public comments. The vast majority of speakers were residents opposed to providing more funding to the prison.

Supervisors were under significant pressure to act. If the county does not improve conditions at the I Street facility, a court could appoint a receiver to make rulings allowing the board to bring the jail into compliance with a federal consent decree. As of 2020, the jail operated by the Sacramento County Sheriff’s Office has been under the consent decree after the county settled a class action lawsuit brought by incarcerated individuals.

At Wednesday’s board meeting, county staff proposed adding a multi-story visitor center and mental health annex adjacent to the downtown facility. The appendix aims to address an element of the consent decree by creating additional space for mental health treatment.

According to a county analysis, 63% of people housed in the jail have a mental health diagnosis and are receiving treatment while incarcerated. This makes the jail one of the largest providers of mental health services in the county.

During Wednesday’s 12.30pm board meeting, critics of the proposal pleaded with the board to focus on reducing the prison population instead of building a new annex. Several people presented statements prepared by people currently incarcerated that urged supervisors to vote against funneling more money to the prison.

Deputy County Supervising Attorney Rick Heyer told council on Thursday that he agreed with some of the critics’ assessment. He said he had spoken to the plaintiffs’ attorney earlier in the day and that reducing the population was their main concern.

“But when we’re talking about facilities,” Heyer said, “any plan that doesn’t address mental health gaps in services in the facility, medical services, and (compliance with the Americans with Disabilities Act) is something they will view very critically and would probably end up being something they seek enforcement action for.

According to an October 2022 report assessing the county’s compliance with the consent decree, nearly all of the prison, including the medical areas, was “cluttered, filthy, and in many cases filthy” at a “deeply disturbing” degree.

The report says one person died of alcohol withdrawal and another died of septic shock because medical staff failed to follow the clear warning signs. The report also criticized the lack of mental health beds.

Sheriff-elect Jim Cooper appeared before council on Wednesday to encourage them to approve the schedule.

“County jails were never built to hold someone for longer than a year,” he said, saying physical updates were a necessity alongside population reductions. Some of the people spending longer in jail are there because of a 2011 law that moved many lower-level offenders from unconstitutionally overcrowded state prisons to county jails to serve their sentences.

Spending worries ahead of possible recession

Many supporters of the new schedule have expressed concern that releasing people from prison will have a negative impact on public safety. The majority of those incarcerated have not yet been convicted of a crime.

Nottoli and Serna expressed similar reservations about the cost. At the end of his 28-year term on the board, Nottoli said Thursday’s vote was one of the most important of his career. He recalled the Great Recession, when he stood on the stage, cutting hundreds of jobs and slashing vital public services.

“One of the things that was recession proof was jail,” Nottoli recalls. “If we’re building, if we’re taking out a mortgage to upgrade a very outdated facility, that mortgage will be recession proof because we’ll be fulfilling our obligations.” Other services for county residents, he said, “are not recession proof, I’ll tell you right now.”

He opposed the debt, he said, because “it will limit the ability of this county if things go wrong again.” 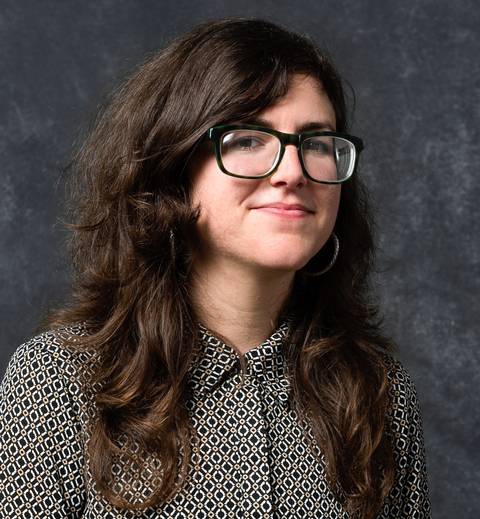