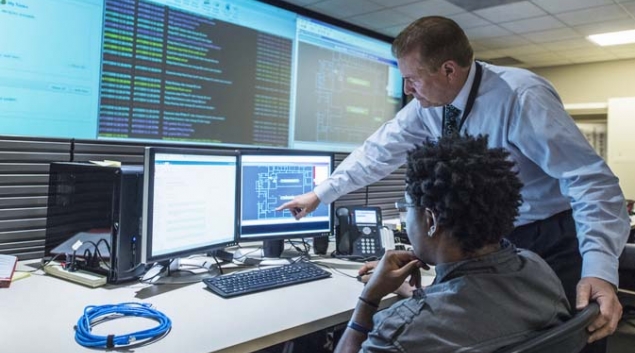 In a proposed new rule, the Centers for Medicare and Medicaid Services is changing pre-authorization standards to speed up the time it takes for payers to approve claims and is implementing HL7 FHIR standards to support an electronic process.

CMS is proposing to require certain payers, including Medicare Advantage organizations, to implement electronic pre-authorization and send decisions within 72 hours for expedited claims and seven days for non-accelerated claims. urgent.

The proposed rule proposal for Advancing Interoperability and Improving Prior Authorization, released on Tuesday, would require the implementation of a standard application programming interface (API) of rapid interoperability resources Healthcare Level 7 (HL7) Health Care (FHIR) to support Electronic Prior Authorization. Some payers are expected to include a specific reason when denying requests, publicly flag certain pre-approval actions, and send decisions within 72 hours to seven days, depending on the level of urgency, which is twice as fast as Medicare Advantage’s existing response time, CMS says.

The proposed rule would add a new electronic prior authorization measure for eligible hospitals and critical access hospitals under Medicare’s Interoperability Promotion Program and for clinicians eligible for the merit-based incentive payment system ( MIPS) in the promoting interoperability performance category.

The rule also proposes to require certain payers to implement standards that would allow the exchange of data from one payer to another payer when a patient switches payers or has competing coverage, which should help ensure that complete patient records would be available throughout patient transitions between payers. .

The policies proposed in the rule include: extending the current Patient Access API to include information about prior authorization decisions; enable providers to access their patient data by requiring payers to create and maintain an FHIR Provider Access API, to enable data exchange between payers and network providers with whom the patient has a processing relationship; and creating longitudinal patient records by requiring payers to exchange patient data using a payor-to-payer FHIR API when a patient moves between payors or has concurrent payors.

The proposed rule is aligned with CMS’s ongoing work to strengthen patient access to care, reduce administrative burden for clinicians so they can focus on direct care, and support interoperability across the healthcare landscape, CMS said. It withdraws and replaces the previous proposed rule on interoperability and prior authorization, published in December 2020.

The proposed rule has received support from numerous hospital and physician groups — who have expressed particular approval that the proposal includes Medicare Advantage plans — and the insurance association, AHIP.

The deadline for submitting comments is March 13, 2023.

Matt Eyles, President and CEO of AHIP, said, “We commend CMS for putting patients first with a proposed rule that allows them to easily share their data with entities of their choice. AHIP’s Fast PATH demonstration showed that electronic pre-authorization processes are key to ensuring patients receive timely, evidence-based care that improves value and reduces administrative burdens for everyone. »

However, Eyles said there is a gap in the country’s privacy framework for personal health information shared with entities that are not required to comply with HIPAA.

“We strongly recommend that CMS work with Congress to close this gap,” Eyles said.

The Prime Minister also urged to close the loopholes he said exist in the proposed rule regarding payer transparency of prior authorization denials and approvals through the use of cutting-edge technology. The health-care company said it will continue to work with Congress to advance provisions of the bipartisan law on improving timely access to care for seniors to close those gaps.

The American Hospital Association said it would continue to urge the Senate to pass the Improving Timely Access to Care for Seniors Act to codify protections into law.

Ashley Thompson, Senior Vice President, Public Policy Analysis and Development for the AHA, said, “The AHA commends CMS for taking significant steps to remove inappropriate barriers to patient care by streamlining the process of prior authorization for certain health insurance plans. Hospitals and health systems in particular I appreciate that CMS has included Medicare Advantage plans in these requirements, as requested by the AHA. Prior authorization is often used in a way that results in dangerous delays in care for patients, burdens health care providers, and adds unnecessary costs to the health care system.

Medical Group Management Association (MGMA) Senior Vice President of Government Affairs Anders Gilberg said, “The MGMA Medical Group Management Association is encouraged to see that CMS has responded to our call to include Medicare Advantage plans in the scope of this proposed rule. An alarming number of group physicians report completing prior authorization requests through paper forms, over the phone, or through various proprietary online payment portals. The expensive methods of processing these requests, coupled with the increased volume, are not viable. An electronic prior authorization program, if implemented appropriately, has the potential to reduce administrative burden and allow practices to reinvest resources in patient care.

The AAFP also urged the Senate to quickly pass the Improve Seniors’ Timely Access to Care Act to protect Medicare Advantage beneficiaries from what the organization called unnecessary care delays and to alleviate burden on physicians.

Better Medicare Alliance said, “As we continue to take a closer look at the proposed rule, we believe it complements our goals of protecting the essential function of prior authorization in coordinating safe, effective and high-quality care. value while leveraging the Medicare Advantage community to streamline the work of this clinical tool to better serve its 30 million diverse enrollees,” said BMA President and CEO Mary Beth Donahue. The proposed rule responds to recent concerns from some lawmakers about the budget impact of the BMA-approved Faster Access to Care for the Elderly Act, legislation that has already been passed by the House of Representatives. United States with unanimous support.”

CMS relied on its Interoperability and Patient Access Final Rule published in March 2020.

In December 2020, CMS published a proposed interoperability rule to streamline prior authorizations and improve electronic data exchange. The Office of the National Coordinator for Health Informatics has proposed adopting some standards through an HHS addendum to the CMS proposed rule.

At the time, the proposed rule did not include Medicare Advantage plans, to the disappointment of provider groups such as the AHA.

“CMS is committed to increasing access to quality care and making it easier for clinicians to deliver that care,” said CMS Administrator Chiquita Brooks-LaSure. “The prior authorization and interoperability proposals we are announcing today would streamline the prior authorization process and promote the sharing of healthcare data to improve the experience of care between providers, patients and caregivers, which would help us address avoidable delays in patient care and achieve better health outcomes for all.”