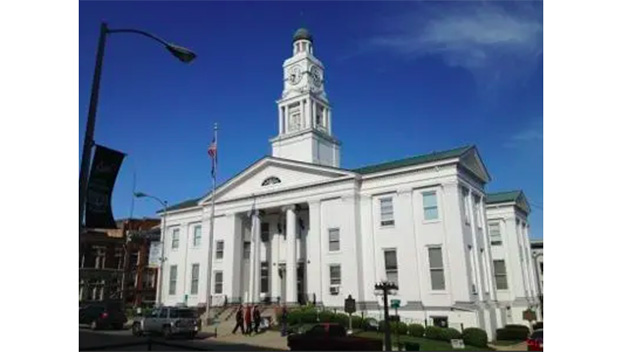 At the last Clark County Tax Court meeting before Thanksgiving, a previously discussed matter was updated while new information was discussed in detail.

Also, a speed limit change of 20 to 25 miles per hour around Stoney Brook Neighborhood Association, Inc. may be coming soon.

Currently, vision insurance is self-funded by UMR, which is the third-party administrator of United Healthcare.

The move to fully funded vision insurance will be through United Healthcare.

They collected information from employees following a survey.

Based on 75 employees, 100% vision insurance paid for by the Clark County Tax Court equates to approximately $6,700.

As Magistrate Greg Elkins pointed out, there are currently over 75 staff, which means that number will likely increase slightly.

Problematically, there is currently no health insurance network with the UMR.

“What’s happening is I’m getting phone calls from some MPs, some firefighters that they have to file the claim[d’assurance]then wait for the money to come back,” Williams said. “We’re still staying with United, but we’d be fully insured and we’d have quite a large network… I think it would just be a home run for the employees.”

Once the motion is approved, vision insurance and life insurance are provided during an open enrollment period.

In addition to this news, Stoney Brook Neighborhood Association, Inc. has requested changes.

“Most of our subdivisions have speed limits of 25 miles per hour. We have a county order on this,” Magistrate Dan Konstantopoulos said. “How it became a 20 miles an hour [speed limit], nobody really knows… We don’t know if it was a court order. I know I couldn’t find nothing, no prescription where it was set.

By moving the speed limit to 25 miles per hour, they would comply with city subdivision regulations.

A third recommendation is to put a three-way stop sign at the intersection of Casa Landa Way and Stoney Brook Drive.

Budgetary and other concerns have been raised regarding the addition of digital speed limit signs.

However, considering changing the speed limit from 20 to 25 miles per hour and adding a three-way stop sign was tabled at the next meeting on Tuesday, December 13.

Last but not least, one resident – Lloyd Stanfield – requested a refund following the towing needed on Indian Creek Road.

Although the motion was defeated on the grounds of not wanting to set a bad precedent, there were discussions regarding the condition of the roads and what action to take in the future.

“If there was an opportunity for someone to provide the tax curt with… unusual circumstances that shouldn’t be on the county road, then I would certainly think the Tax Court should consider some sort of consideration,” a said Branham. “That would be part of the precedent that is being set.”